What business lessons can you learn from these sporting greats?

The worlds of sport and business are often held up for comparison. And with good reason. There are many lessons to be found in tales of sporting excellence that can help you succeed as an entrepreneur.

Key lessons from the sporting world:

The parallels between elite athletes and high-achieving entrepreneurs are as numerous as they are enlightening.

Athletes achieve goals, make sacrifices, work well under pressure, and excel as leaders – all qualities that you must possess to see success in business.

What can we learn from these sporting success stories?

1. Cristiano Ronaldo: No team should have only one ‘star player’

Ronaldo has been instrumental at every club he’s played at during his career. He was perhaps the only household name in the Portugal squad that won the 2016 European Championship and in just eight years at Real Madrid he became the club’s highest ever goal scorer and led the team to 15 trophies.

Since his departure in July 2018, Real Madrid lost considerable ground, sacking the club’s manager in October of the same year due to a string of poor results.

This is a clear example of why it’s never a good idea to rely too heavily on a single individual, both in sport and in business.

If every business-critical decision is taken by one person, or if all your business knowledge is in the head of one director, what happens if that person decides to leave?

Sure, you can write down processes, create handover documentation, employ a new decision maker and perhaps retain some continuity. But there’s no doubt your momentum will take a huge hit.

Share business tasks and cascade knowledge evenly throughout your organisation. That way, if one team player leaves, your company doesn’t suffer.

2. Andy Murray: The importance of leading by example

American author and leadership guru Marshall Goldsmith once said: “One of the most important things… a leader can do is lead by example.”

If you didn’t know better, you’d be forgiven for thinking he had British tennis ace Andy Murray in mind.

While tennis is largely a solo sport, Murray has been part of several successful teams over the years. In 2012, he and Laura Robson won an Olympic silver medal. Later, in 2015, he was instrumental in Britain’s first Davis Cup victory in 79 years, winning 11 of his 12 matches in the process.

Why was Murray so instrumental in changing the fortunes of Britain’s tennis teams? Because he kept winning games. In other words, he led by example.

You do not have to be the most charismatic leader, or even the most likeable, but you need to be able to get results.

If you’re able to walk the walk. To be living proof that your way of working leads to success. Then you have the makings of a great leader.  After all, nothing inspires success like success.

Ultimately, if you’re willing to put the work in, to show your team what it takes to be successful, and you’ve got the track record to prove it works, your team will likely be inspired to follow in your footsteps.

One of the most important traits for any successful entrepreneur to possess is the ability to handle pressure – and Olivia Carnegie-Brown knows all about that.

Though not a household name, Carnegie-Brown was part of the Great Britain women’s eight rowing team that became the first ever to win an Olympic medal, in 2016.

In many ways, her story is that of a true Olympian, or many an entrepreneur. It’s one of hard work, sacrifice, dedication, incredible pressure, and very little acclaim.

But it is Carnegie-Brown’s approach to dealing with pressure that many in the business world could learn from. And indeed, it is something she teaches in her role at EY’s Women Athletes Business Network.

Her advice is to master your craft and get to know the details of your business inside out. That way, as your enterprise grows and the pressure increases, everything you do is already second nature.

She says: “Whatever it is you are working toward and preparing for, as long as you are getting from A to B as best as possible, then when you get to the finish line, you are just doing what you have already practiced.”

In Carnegie-Brown’s world, this means training just as hard for a stretch on the local river as you would for an Olympic final.

To use a business example: plan your pitch to your first small client as meticulously as if you were seeking multi-million-dollar investment. That way, when you eventually do, you’re already well practiced, equipped to handle the pressure and prepared for every eventuality.

There are few who would argue against Tom Brady being one of the greatest American footballer players of all time. He has led his New England Patriots to more Super Bowl appearances and victories than any quarterback in history.

However, he wasn’t always the hugely successful athlete that he is today. Brady enrolled at the University of Michigan in 1995 as the seventh-string quarterback.

In 1998, as the first-choice quarterback, having engaged the services of a sports psychologist, he set a new college record for pass completions. In 2000, he was drafted to the Patriots. And the rest, as they say, is history.

Brady was not born great, he worked tirelessly to become great. He continued to learn his craft, employing simple practices that can be easily applied to business:

You may head up a business, you may have achieved some personal goals, but that does not mean you know all there is to know.

Entrepreneurs should never stop looking for ways to improve and gain an advantage over competitors. If you’re not moving forwards, you’re moving backwards – and that’s something no one in business can afford to do. 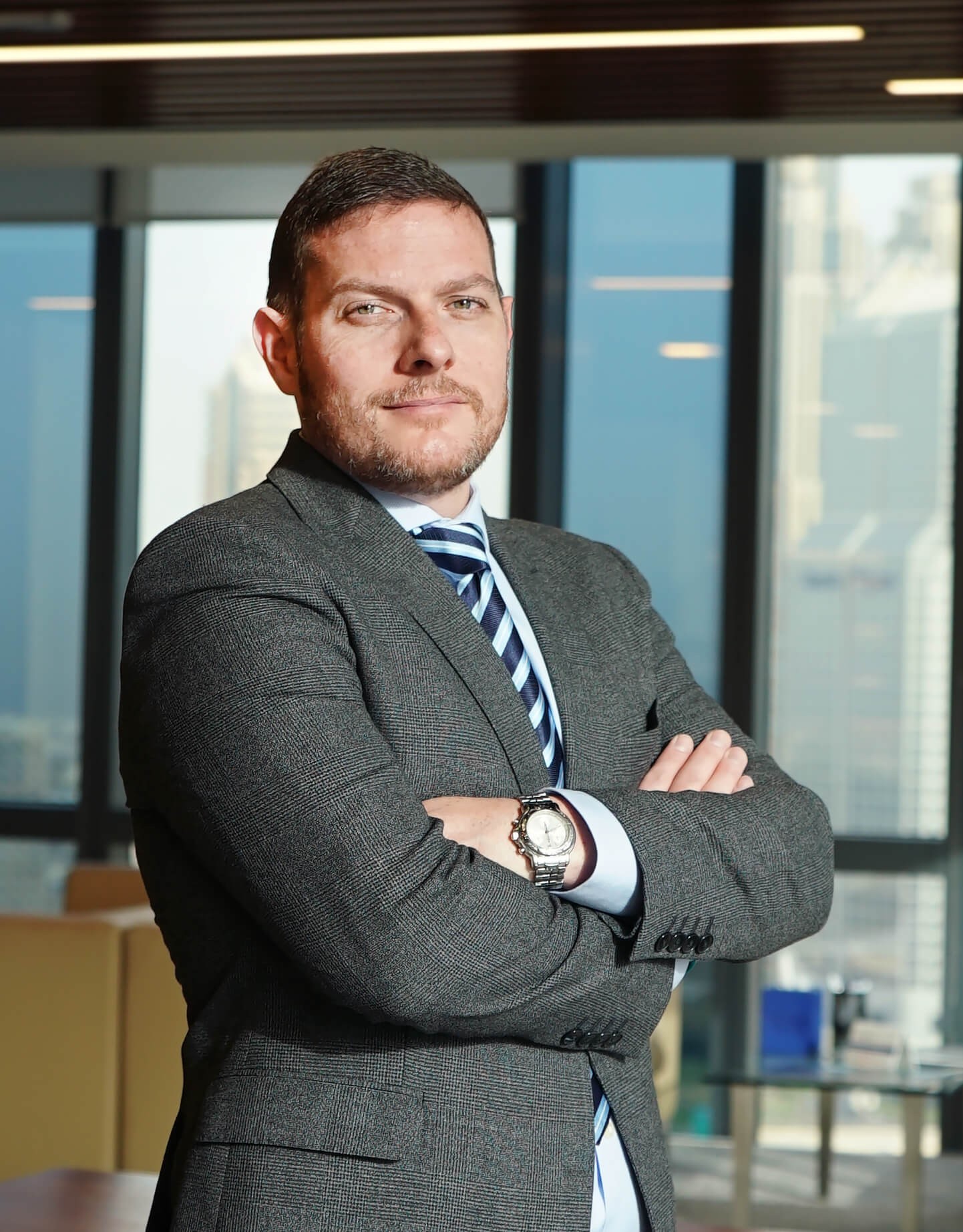 Mike oversees the strategic market planning and penetration at CREATIVE ZONE. Responsible for the development and implementation of our marketing programmes, he brings to the role over 20 years of experience working and living in the Middle East. Having previously worked for several Fortune 500 companies, Mike is driven by challenge and has seen success delivering unique marketing projects and driving growth in every role he has held. Mike graduated with a BSc degree in Product Design and Marketing from the University of Sunderland in 2000 and has attended several Strategic Leadership programmes, more recently at Harvard Business School, Boston, Massachusetts.